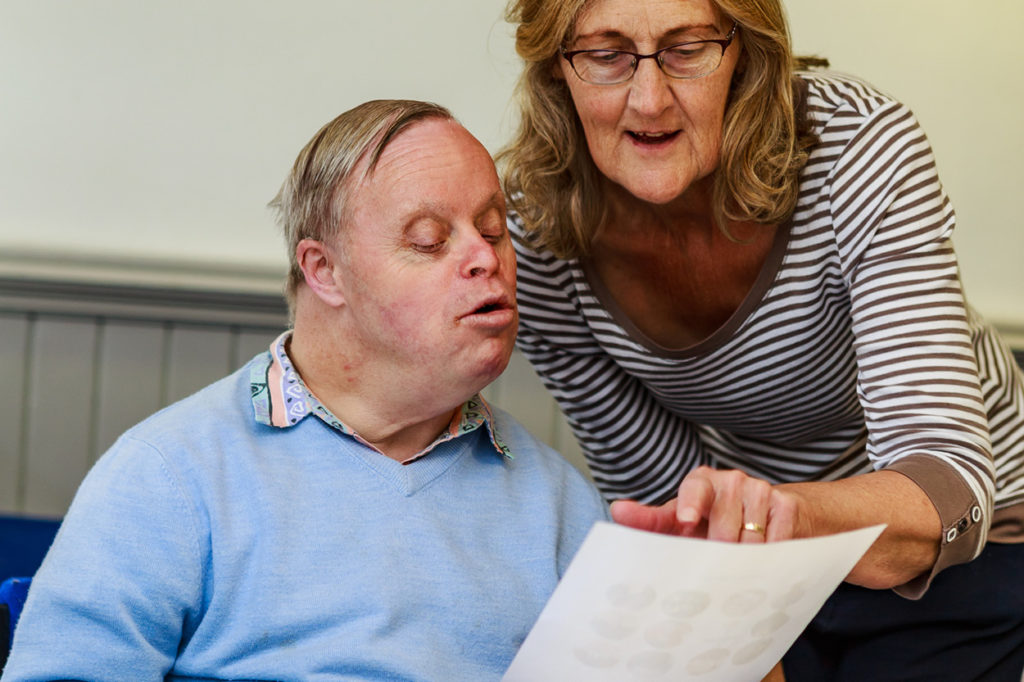 It celebrates the benefits of co-production, shares good practice and promotes the contribution of people who use services and carers in developing better services.

The Social Care Institute for Excellence says that co-production is about working in equal partnership with people who use services, carers, families and other citizens. Co-production makes it possible to transform social care and health provision in ways that give people real choice and control.

Co-production means services working together with people who use services and carers.

The Social Care Institute for Excellence has put together an easy read document about what it is and how to do it.

At Grace Eyre, our mission is to deliver Our Charter.

Our Charter was created by people with learning disabilities, autism or both. It is used to design, deliver and monitor services to make sure they are delivering what people want and need.

“To achieve people’s rights, choice and control over their lives, people who use our services should also have a say in the running of these services. This is where co-production comes in.”

Our Charter is about people living their lives in the way they want to, getting good support from kind and friendly people. People want: 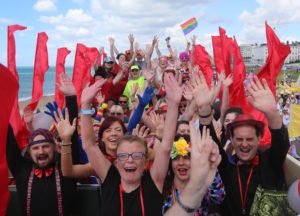 Our Voices Ambassadors said they wanted to celebrate LGBTQ+ Pride (along with a great number of people inside and outside of Grace Eyre). They got together with the Grace Eyre Fundraising team and local partners Heart Venture, Unity Night Club and Stagecoach Buses to arrange what to do. As a team, they decided to join the Brighton Pride Community Parade and to have a pre-Pride club night.

Our Voices LGBTQ+ representatives with Learning Disabilities are steering the organisation of Grace Eyre’s Pride involvement and the Fundraising Team are organising the logistics and funding. Heart Venture is providing information about previous parade involvement and decorations. Unity Night Club is organising the pre-Pride club night. Stagecoach Buses are providing us with an open top bus for the parade.

This is an excellent example of co-production – using a strengths based approach to work with local partners so we can support LGBTQ+ people with Learning Disabilities right to parade, party and protest! 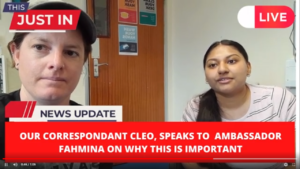 Our Voices started a new Politics Group after the Ambassadors said that they wanted to change the way that government treats people with a Learning Disability. There have been two meetings so far, where members of the group identified their aims and how they would achieve them. They have decided to engage with local counsellors and MPs to talk about how they can support their rights.

This is an excellent example of co-production, where a problem is identified and Grace Eyre staff, the people we support and our local counsellors and MPs can work together to find a solution. 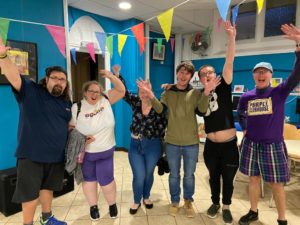 Grace Eyre Friendship Group is another strong example of co-production. Every activity the group runs is co-produced, and even Member Led. The monthly club night – Purple Clubhouse – is run by members, as well as, Bowling, and Karaoke clubs.

The impact of co-production

As part of Co-production Week we would like to share some of the impacts of co-production on a few individuals at Grace Eyre. 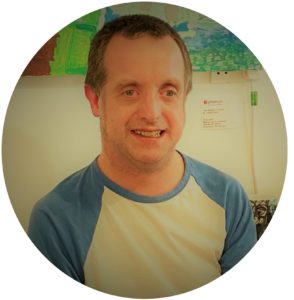 Stuart chose to become an ambassador and got involved in shaping the future of Grace Eyre.

“I felt involved in decisions and got to talk to, and got to know, different teams within Grace Eyre.” 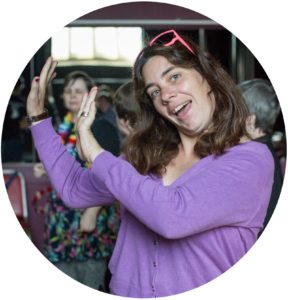 As an ambassador, Becky represents the people who use Grace Eyre services. She gets to discuss and have an input on any changes that are happening at Grace Eyre.

“If I wasn’t a part of Grace Eyre, I wouldn’t be able to do all the things I do. I can take part in the activities; I like seeing my friends AND helping my friends too.” 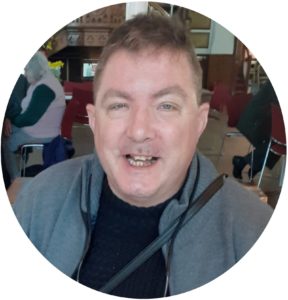 Christian participated in 4 placements where he developed skills and learned new ones. He also supported the creation of training videos, giving feedback on scripts and attending script reading sessions.

“I liked learning how to read scripts. I would like to…do acting in the community.”