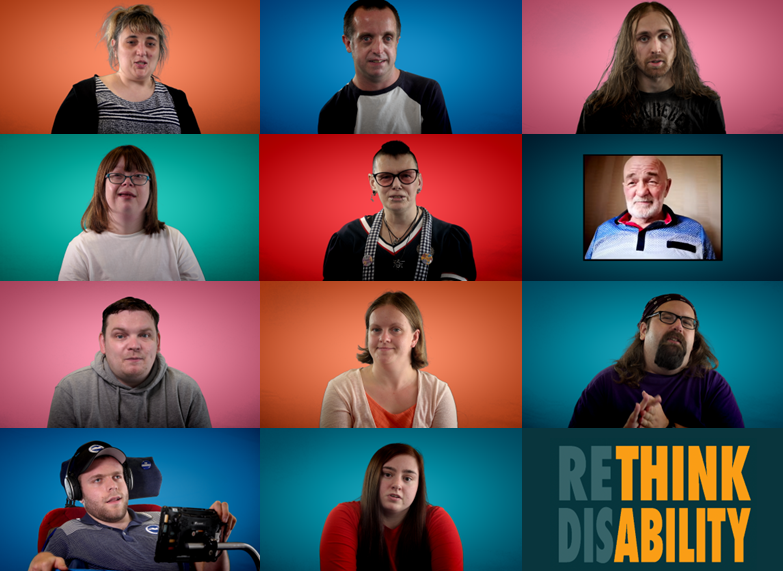 ReThink Disability is a short film that challenges us to rethink our perception of disability. It educates us to see ability first.

The concept is not to take away from the real challenges faced by people with disabilities, but to provide a platform to talk about the challenges. By describing abilities and disabilities in different ways, we aim for people to be seen as individuals, not labels. 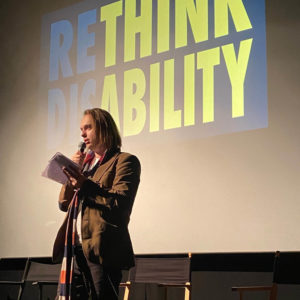 To launch the ReThink Disability campaign, we premiered the film at an event at Komedia in Brighton on 9 December 2021. Two other short films were also shown.

All the films were made possible by working together with the University of Sussex, independent filmmakers and the people we support. Each film shows different perspectives on the theme that are both thought-provoking and uplifting.

After the films, there was a Q&A that gave the audience the chance to meet the filmmakers & actors.

We were delighted to be joined by a very special guest, John Harris. John is a gold, silver and bronze medal winning Paralympian who appears in the ReThink Disability film.

Would any of us like to be judged by a label above anything else about ourselves?

There is a negative stigma and unfair prejudice around the disability label that we aim to make people rethink. In rethinking disability, we should not only be thinking ability, but simply seeing the human being first!

ReThink Disability is a film to challenge perception and change priority. We wanted to humanise people ahead of their preconceived judgmental label. So we asked people with all types of different abilities and disabilities to tell us about them, and tell us what they wanted most.

What you can do

Please join us by committing to challenge and change perceptions around disability.

Together we can make the differences needed to change the future.