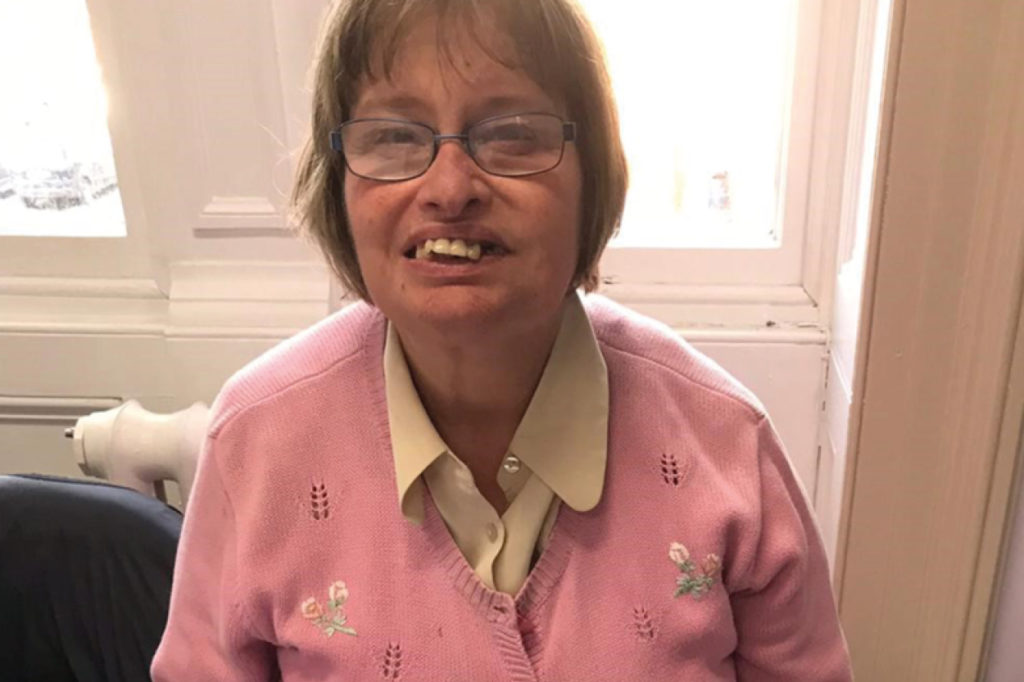 Tina attends Buddy’s Café in Worthing and has been going there for many years. Tina and her carer were approached by the television company to ask if anybody with learning disabilities would like to take part in The Crown. Tina jumped at the chance and they took her details.

The TV company contacted Tina and her carer with the filming arrangements. The episode they wanted Tina to appear in is about the Queen’s cousins who were institutionalised and ‘hidden away’ at Earlswood Hospital due to having learning disabilities. The TV company invited Tina and her carer up to London late last year to have a casting. They were put up in a nice hotel and attended the TV studios for 2 days of filming.

Tina has a small part where she sings ‘Happy Birthday’ with the other residents. Tina says it was brilliant because she got to eat lots of cake for that scene! Tina got to meet Helena Bonham Carter. Asked if she was nice, Tina said, ‘no not really but she is a good actress’. Talking about the experience Tina said, ‘it was the best time and she would love to act again.’