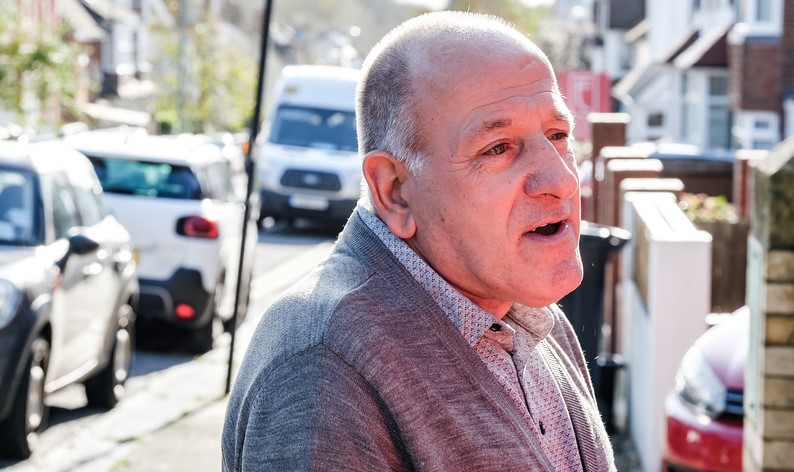 This week is Carers Week: 8-14 June 2020
Carers Week is an annual campaign to raise awareness of caring, highlight the challenges unpaid carers face and recognise the contribution they make to families and communities throughout the UK.
Karen is a family carer. She supports her brother Robert, who came to live with her 18 years ago after their father passed away. Residential care wasn’t an option for Robert so Karen became his carer. She didn’t appreciate what a commitment it would be.
Everyday life has been particularly difficult during the Corona Virus outbreak. With the Grace Eyre day service that Robert normally attends five days a week currently being closed, Karen has now become a full time carer. Robert can’t be on his own, Karen helps him shower, cuts his hair, looks after his nails, prepares all of his meals and administers a variety medicines that he needs to take throughout the day. Although Karen and Robert have enjoyed walking, playing badminton and painting by numbers, the increase in caring hours has meant that Karen has had to give up her part time job meaning less income and less independence. Karen’s only time to herself  on a Tuesday when Robert attends respite care and for an hour every Wednesday when Robert spends time with his outreach worker. Karen cherishes this time and last week enjoyed a relaxing walk in the park with her husband.

‘Robert is wrapped up in his own world. It’s (full time caring) relentless but I wouldn’t change it.’ – Karen

Grace Eyre does not know when our Active Lives day service programme will be able to resume in a way that will give the respite time that so many of our carers rely on. We are committed to support people with learning disabilities and their carers; if you want to show your support you can make a donation via the donate button: https://www.grace-eyre.org/